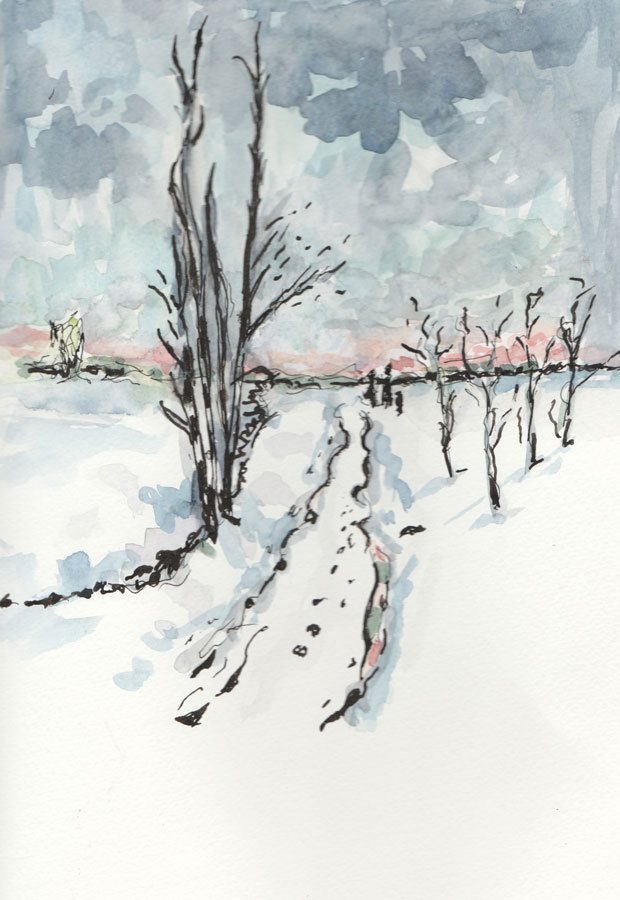 At the end of World War II a German general concluded that the war in Russia was lost due to General Mud, General Winter, and General Zhukov. In this essay we will include G-d’s general of the cloudy skies to show how D-Day was also in G-d’s hands. General Mud, General Winter, and General Cloudy Skies are G-d’s generals. Soviet General Georgy Zhukov and the Allies were able to take advantage of their service.

G-d influences the world in several ways: through forces of nature and weather, through “incidents” that are called “coincidences” by non-believers, and through miracles. You can find these forces by reading any account of the war. Look for these phrases: “happened by chance,” “by coincidence,” “by luck,” “lady luck,” “a string of luck,” “the roll of the dice,” destiny, providence, fate, error, mistake, mishap, or “gods of war.” All are really stand-ins for the forces of G-d. Every battle description contains weather conditions: it was hot, cold, raining, snowy, muddy, windy, cloudy, foggy, rough seas, or sandstorms. During the Dunkirk evacuation, for example, the usually choppy English channel was relatively calmer, and the local skies above were cloudy.

War in Russia and the Weather

There was no benefit for Germany to attack Russia. The two countries had a signed treaty for two years. During that time there was a steady stream of trains filled with raw materials arriving from Russia. Some German generals advised Hitler against attacking Russia. Hitler was aware that many Jews lived in Russia, and his goal was to exterminate them. He said he would kick in the door, and the country would collapse.

He was partly right. If he had fought the war on an army-to-army basis, he might have won, but his war against the Jews blinded him to any other strategy. History books simply say that his errors or meddling with the generals caused Germany to lose. Errors are in truth incidences that G-d puts in place, and we call coincidences. Hitler’s original plan of attack was to send three armored columns into Russia: one aimed at Moscow the capitol, one sent to the oil fields in the south, and one aimed at the industrial north. They blitzed through the country as they had through other countries in Europe. Hitler ordered the central column to turn towards Bialistok, Kiev, and Minsk. Compare that situation with a hypothetical invasion of the United States. One column in a strategic invasion would be headed for Washington the capitol, another headed for the Texas oil fields, and a third to Detroit, a manufacturing center. Instead the army would be sent to the Lower East Side, Brooklyn, and the Bronx (large Jewish communities), areas of no military value nor a threat to an army.

On September 30 1941 the Nazis killed over 30,000 Jews in an area known as Babi Yar, near Kiev. October rain was earlier and heavier than usual. The Russian ground turned to a soft mud, similar to German chocolate cake batter. The wheels on the Nazi vehicles were unable to move for at least two weeks.

When the ground dried up, the army was on the move again towards Moscow. Nothing that the Russians did in either offense or defense seemed to stop the Germans. By early December the forward units could see Moscow from afar. Then G-d intervened. The temperature dropped far below freezing. As it says in Psalm 147:17: “He hurls his ice like crumbs; who can stand before his cold?” By “coincidence” the first use of killing by gas took place in the town of Chelmo that week. It was also the week America entered the war when Pearl Harbor was attacked. Winter arrived in earnest with freezing blizzards and biting winds from the Russian steppes.

Even these temporary set backs did not deter Hitler from pursuing his goal of holding unto Russia with the goal of exterminating its Jewish people. It took Russia three and a half years to reach Berlin. God’s weather helped defeat the Nazis, but suffering still took a toll on the Jews during the war years.

D-Day and the Cloudy Skies

G-d puts incidences together, and we call them coincidences. That was how G-d used the weather to win D-Day for the allies.

So many things happened on June 6, 1944 to show the Divine Providence of G-d (Hashgacha Pratis). All the Allied planning centered on things that are in G-d’s control: the tide, the moon, and the weather. There was limited time when they could even plan for the invasion. The weather for June 5, 1944 was iffy, so Eisenhower decided to wait a day despite being nervous the Nazis would locate the attack site, and the D-Day landing got pushed to the historic date of June 6, 1944.

Predicting weather in Europe in the 1940s was not like it is today. The meteorologists had no satellites, radar, computer modeling, or instant communication for the most important weather forecast in history. General Eisenhower consulted his chief meteorologist, Capt. James Martin Stagg. Captain Stagg advised Eisenhower to postpone the invasion by one day because of the weather. From the book The Forecast for D-Day, by John Ross:

“A bad forecast would jeopardize the entire operation,” Ross writes. “If he gave the word ‘go,’ and the weather turned sour, the lives of thousands of men and massive amounts of equipment would be lost. If he did not go and the weather was good, Germans might have spied the massive build-up in southern England and the elements of the invasion fleet headed for Normandy. The odds that the Allies’ plans would have been discovered would increase exponentially.”

The airborne troops needed moonlight. The assault troops required high tide to make landing easier. On the original planned date of June 5th a storm front moved in with low clouds and wind. Parachute drops were out of the question in a storm, and aerial support would be problematic. Stagg spotted a gap between the cold front now storming through the channel and the arrival of the next depression. The break in the weather gave the Allies an element of surprise. To increase the surprise, the Allies sent fake messages that the Germans intercepted. The Germans thought the allies would choose June 20th, two weeks later. (source: Secrets of D-Day by Larry Collins).

In the Jewish calendar, the 15th of the month is a meaningful day. June 6, 1944 was 15th of the Jewish month of Sivan, with the moon at its fullest. When things are at a low point, a new ‘moon’ appears. Like the moon, throughout Jewish history we grow to greatness, then we fall back to low points. From Sh’vat to Sivan we are on an upswing. We celebrate the new year for trees; then we celebrate Purim, a threat of annihilation to ultimate salvation. At Pesach, at first we are threatened by Pharoah and the Egyptians, but by the 15th of Nissan, redemption comes. Tu B’shevat, Purim, Pesach: all are on the fifteenth. June 20th, the date Germans thought the allies would invade was in the beginning of Tammuz, a sad period in the Jewish calendar. Instead, with a meteorologist’s weather report, G-d arranged that the D-Day invasion would be on the 15th of Sivan.

We cannot understand why there was so much human suffering during the war years, but through a chain of events, Hitler was ultimately defeated, like previous enemies of the Jews. Every Jewish simcha, every bris, baby girl naming, bar-mitzvah, wedding, child in a yeshiva, or a new Torah dedication is a sign of the Jewish victory over Hitler.